We are still working on editing this wiki page (Im progress :))

Our task as the Yellow Team was to collect data from various water bodies in order to gauge the possible effects of releasing a toxic substance into London’s water supply. Dr. Obfuscation only provided photographs of the 11 locations where Penelope Poison threatened to release these toxic substances. We needed to figure out the geographical coordinates (latitude and longitude) of these locations, measure the air and water temperature, our elevation and note the wind speed plus direction at the times we were at these locations. Most importantly, we needed to figure out what the most accurate approach to collecting this data was, and what if any flaws there were in collecting this data. Time was also a factor to keep in mind, so we decided to tackle the location not in alphabetical order, but in the order of their proximity to one another.

In order to determine the latitude, longitude and the elevation we used a GPS navigator powered by AA batteries. After turning the device on, three minutes were allowed to pass before readings were taken from the device for the first time in order to give it enough time to recognize enough satellites in order to provide accurate readings. For the second reading, the GPS device was turned off and on again, with a two minute interval before announcing the readings on the screen. For the third reading, the same procedure was followed except an interval of one minute was allowed before recording the readings produced by the device.

We laid the compass on a flat surface ( someone's palm, on the ground, on the surface of a flat bench) to help us determine the direction (north, west, east and south) of the location of the water body,. Three of the group members would each stand parallel to the compass with the plastic bag on their hand and observe the direction of the wind.

The picture below demonstrate the integration of the photos provided by Dr. Obfuscation and Google Earth, which enabled us to tactfully choose which locations to record date from first. 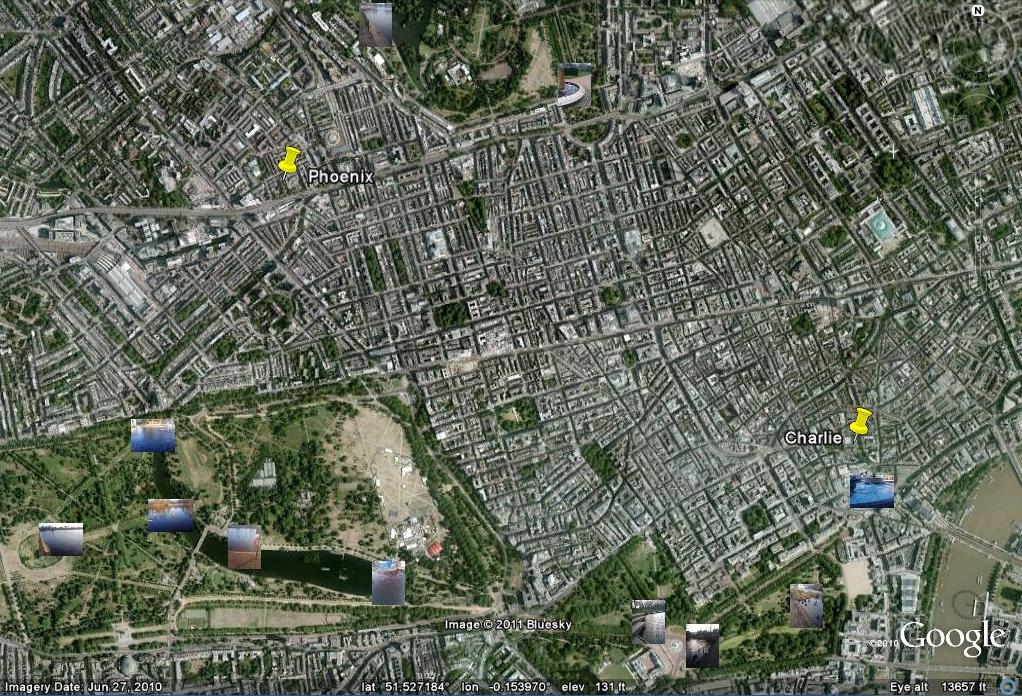 Left photos are the one that we were given. And the photos that are on the right side are out reproduction of each and single photo. Under every set of photos there is a nice description about what is around. This is the order of them: c, g, h, k, a, b, e, j, f, d, i. 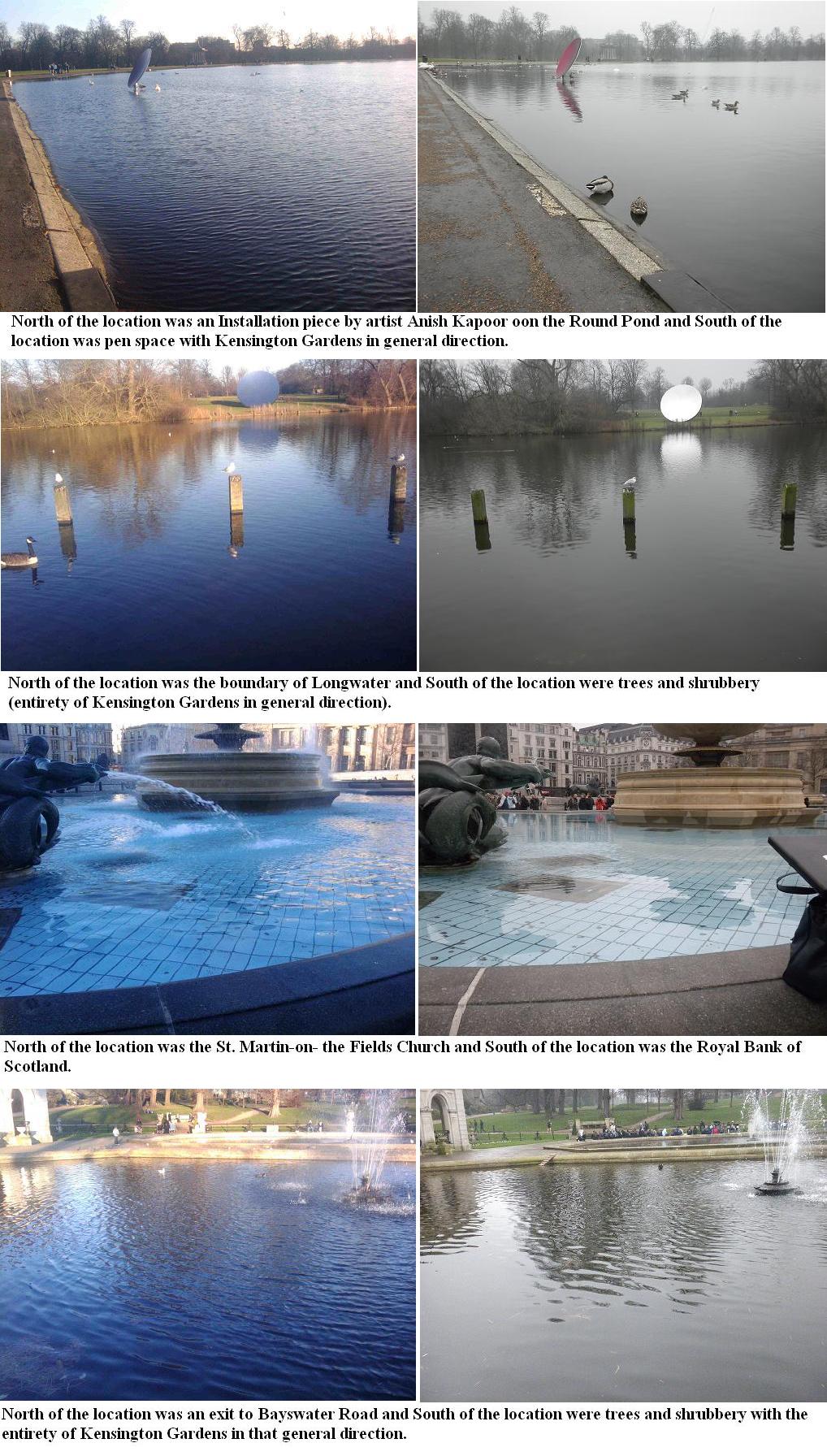 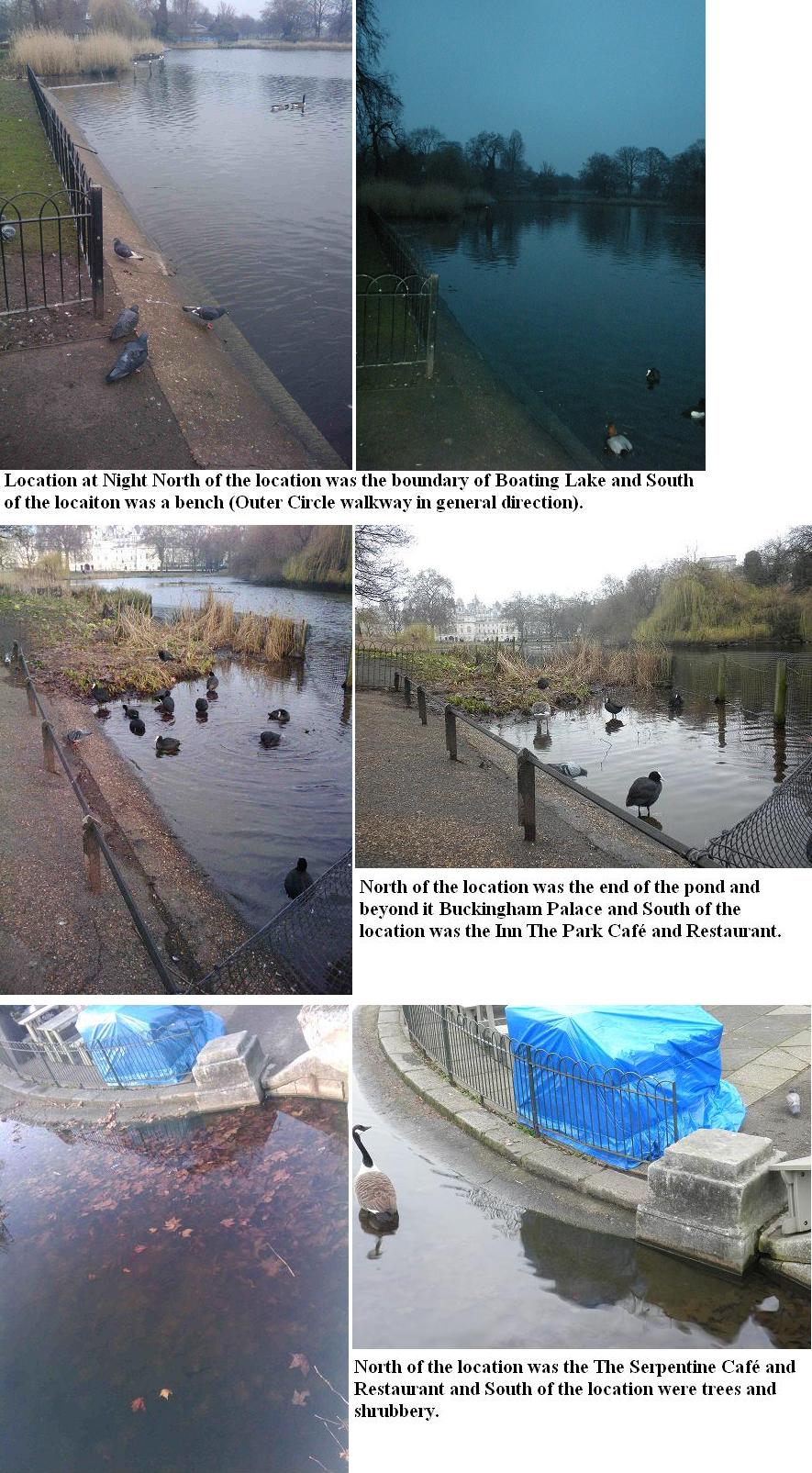