Difference between revisions of "England-2011-lab1-orange" 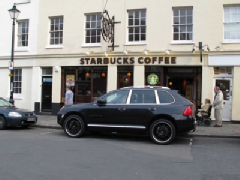 Measurements for each dimension were determined by averaging the three readings together.

Directly North of the location is the intersection of two roads.

Directly South of the location is something really interesting.

The distance to the Prime Meridian as determined by Google Earth is xx.xx +/- 10m, by estimation it is xx.xx +/- 20m.